The Story of my Vintage Theater Chairs

What is that saying… If you love something set it free and if it comes back to you… Ok this story isn’t quite like that. It is more of a… if you want to buy that, wait three months and see if you still want it… story

Back in August this post popped up on my news feed from the The Looking Glass, a local antique store. You know when you see something and you just have to have it, well those chairs were it.

I messaged the store to see how much they were, I wanted them but I wasn’t going poor for them. The price was a bit more then I told myself I would pay top dollar for, so I thanked them and said I would have to stop by sometime and check them out. A couple weeks later the kids and I stopped by and they were still there!! I mean how has no one else bought these beautiful chairs? Sadly just like “those people” I also did not buy the chairs. Practical Tam was saying “where are you going to put these things if you buy them?” and “do you really need to spend money on those?” So I left them there.

Every time a Looking Glass post was in my news feed I would check all the pictures and see if I could see the chairs. I didn’t see them for quite a while and figured they had sold. Then one day in December there they were, the post was talking about the vintage Minnesota Gophers Blanket but I only had eyes for the chairs.

Being that it was December and the fact that my husband never knows what to get me for Christmas, I sent him the location, price and a picture of the chairs, you know to help him out. I figured it was a shoe in for what he was going to get me. Wrong.

A couple weeks later we were going to pick up a gun he had won in a raffle, that man has a knack for winning guns. On the drive he brought up the chairs and he didn’t really get why I wanted them (to him they are old chairs), he told me if I wanted them to just go get them. Well fine I guess I could but practical Tam was still thinking do you really need them. While we were at the sporting goods store that gun he had just won ended up costing a couple hundred dollars after he bought the accessories he needed. If he needed those things, then I definitely needed those chairs! Mind. Made. Up. Tomorrow I was going to buy the chairs. By chance (or divine intervention) my mom & I and her truck were going to be driving right past the store.

The next day we stopped by The Looking Glass on our way home, I entered the store and ever so causally walked over to the spot the chairs had previously been, they were still there. I still had to wander around and think on it for a few minutes before I actually told the lady I wanted the chairs. Then I finally did it, I bought the chairs, they were finally mine! 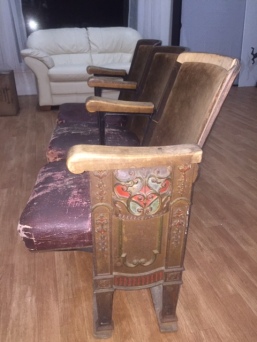 They need a little TLC; wood piece glued on, tighten some bolts, age some wood.. but overall they are some sturdy (and heavy) chairs. When I told friends and family that I had purchased some cool chairs, pretty much everyone gave me the “Oh, those are different” response. But I don’t care, I have some plans for these chairs and when they are in their place they will be saying ” I just love those chairs” : )

PS…The Looking Glass is also where I found another one of my favorites, my pink hydrator drawer! 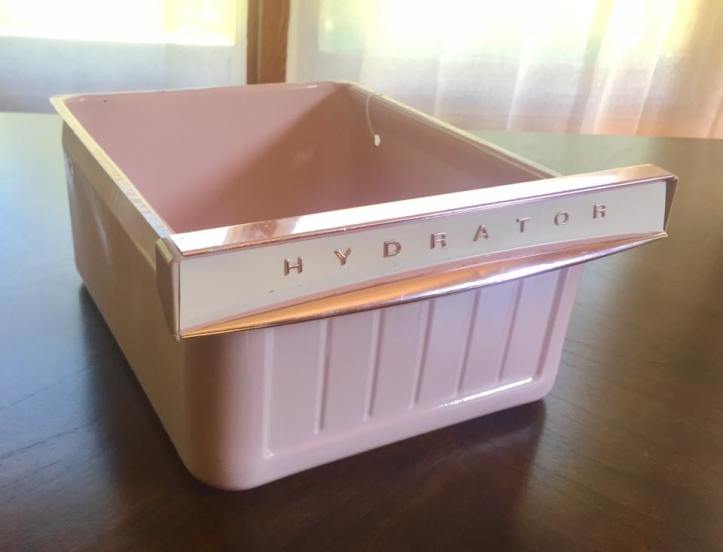