Since we are still shacked up at my parents house we aren’t doing anything too big for the kids’ birthdays. Actually last year for Viv’s birthday I took her and a friend to Target, let them buy a few things and they had the best time.

This year she went from shopping to baking.

We have been watching quite a few baking shows and Viv’s favorite is Sugar Rush on Netflix. In one of the challenges they had to make a cupcake that reminded them of camping. Viv just could not believe that none of them made a S’mores Cupcake! She told us how she would’ve done it and has kept telling us for 6 months.

Now her birthday was approaching and we were trying to figure out what to do. Light Bulb! Why not have our own little baking show with S’mores Cupcakes as the challenge.

She was all for it!

First things first, find a recipe. Viv knew that her S’mores Cupcake had to have a graham cracker cupcake, chocolate filling and toasted marshmallow frosting. I am no master baker so I turn to good old Pinterest. To my surprise there were lots of recipe’s for S’mores Cupcakes that checked all her boxes. I decided on this recipe from Ashlee Marie for her Chocolate Filled S’mores Cupcake.

(THIS POST MAY CONTAIN AFFILIATE LINKS. WHICH MEANS IF  YOU CLICK ON A LINK AND MAKE A QUALIFYING PURCHASE, I MAY MAKE SOME COMPENSATION AT NO CHARGE TO YOU. YOU CAN READ MY FULL DISCLOSURE HERE)

I knew that this was going to be a big job so I dug my Kitchen Aid Mixer out for the first time, ever! I was waiting until we moved into the the new house to break that bad boy out but I knew that it would come in handy for this project. 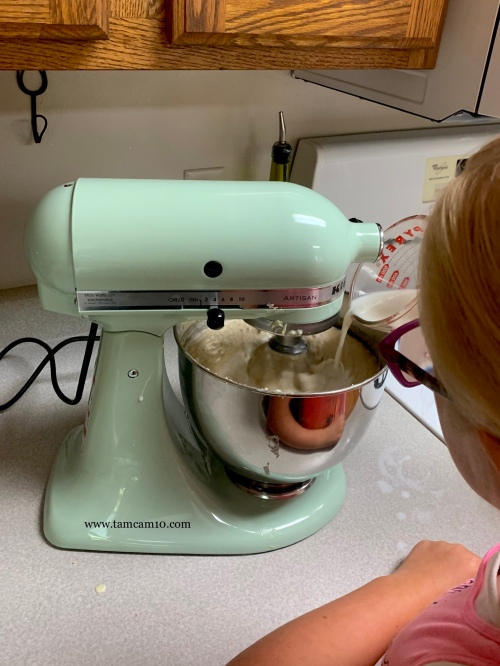 The recipe for the cupcake itself was relatively easy and the kids enjoyed smashing up the graham crackers. The recipe says it makes 24 cupcakes and we were planning on having 20 people over so I doubled the recipe… I had close to 60 cupcakes!

While the cupcakes were cooling I made the chocolate filling. The recipe just calls for chocolate, doesn’t say what kind, I used semi-sweet chocolate chips. I thought that with the marshmallow frosting having a milk chocolate filling would be too much. If I make them again I will try it with Hershey’s chocolate bars for the true S’more taste.

The best part was the toasting of the marshmallow frosting. Even though Viv wanted to help with this step she left if to the professional… me.
They looked and tasted sooo good! 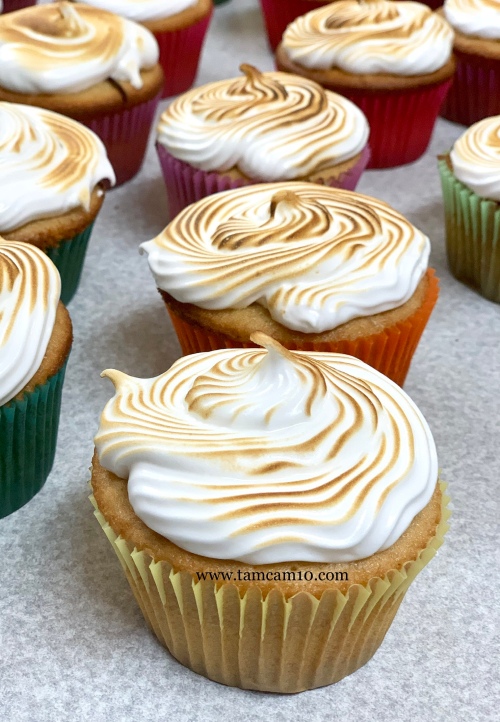 I picked this cupcake stand at Walmart to display them on. Actually I ordered a different one with my Grocery Pickup and they substituted with this one. The new one was much better, it had lights and a Happy Birthday sticker, the other one was just plain. (If you haven’t gave Walmart Grocery Pickup a try yet, here is $10 off your first order)

Cupcakes were enjoyed by all that day and into the next week! Viv says she can’t wait to do more cooking challenges.